I seem to be knocking out the small projects right now.  I guess this is somewhat in preparation for the much anticipated (probably only by me) month o’socks.  Somehow I feel like I cannot start anything serious until March 15.  I suppose between now and February 15 I will need to work on a few WIP’s.

I decided to knit these maine morning mitts out of the malabrigo I had left over for the hat.  I am glad I did, they turned out all soft and wonderful!

Yep, they are done.  And someone doesn’t want to take them off.  Luckily they match a lot of what she wears.

I cast on 44 stitches, next time I will go for 48.  I worked a short row heel and the toe is the no kitchener that I just learned.  Perfect for quick kids socks!

I’ve done it again.  Sorry to say.  The results are just so worth the pain!

Her tone got nasty as she told me that she didn’t want to be put on hold, she wanted the #.  I told her that I don’t have the number as she is at a different hospital, and I have no way of looking that up.  (Understand that this woman and I both have exactly the same resources of looking up numbers.)  She told me that perhaps I could give her the number of the doctor who is mentoring this student.  I told her that both the student and the doctor are at a different hospital and I don’t have access to their phone numbers any more than she does.  She told me she had just called that hospital and those people weren’t at that hospital.  I told her all I could do was put her on hold or have favorite coworker call her back.

And then……she called me useless!

Oh I was steamed!  I hung up the phone and was shaking.  Not a nice way to start the day!  Favorite coworker came in and I told her who had called and that I was just called useless.  Favorite coworker shot this woman an email letting her know the numbers.  I, quite frankly, continued to stew while having a little more coffee.

Shortly thereafter I received a call from the woman again.  I am happy to say that she apologized for her attitude.  I was surprised to hear the apology.  She tried to explain herself.  I could not tell her I thought it was OK.  I’ve never treated anyone like that on the phone and I was not about to tell her that her attitude was excusable.  I just thanked her for her apology and firmly mentioned that she should have an email from favorite coworker indicating the numbers.

Bugs socks have been so dubbed after reading a letter from my aunt about a mom dubbing her daughter “magenta yenta” for the daughters love of super bright girly colors. 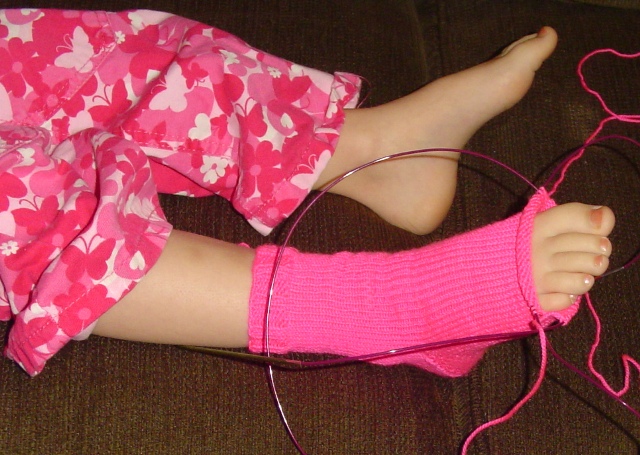 I don’t want to show you knitting today.  So I’ll just show you a Bug.

I knew I could do it!  I’ve pushed to get these done this weekend, but I certainly got bored towards the end.  These are my January Mystery Socks for Sock knitters anonymous.  I know it is hard to see, but they are beaded through the legs.  The beads are a purple color that mimic the flecks of purple/blue in the yarn.  This provided me with the opportunity to work my first official eye of the partridge heel and a new toe technique which creates sort of a pinwheel look and requires no kitchener stitch. Yarn is Koigu PPM in painters smock.

A close up of the toe: 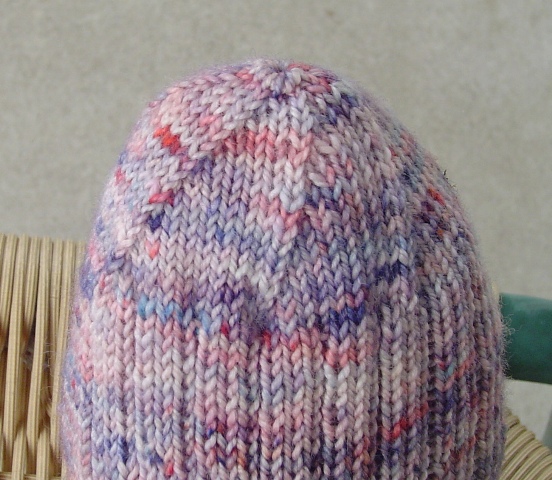 Now, in an effort to use up scrap yarn in order to have an ACCURATE record of my stash bust 2009, I ‘ve decided to knit my scraps into scrappy blankets.  I started one but am not overly pleased with it.  So I decided to do a granny square crochet one instead.  But that one isn’t turning out how I prefer either, so I started another with a smaller hook size.  This one will be for Bug and incorporate the more girly colored yarns I have laying around.  She should just love it!