Well, yesterday was a lost day. Mr. Ink and I binged on Making a Murderer, I think we watched 6 hours of it, and we also watched a movie with Miss Butterfly. We lay prone on the couches with blankets, tissues, wastepaper baskets, liquids, and meds. I am thanking my lucky stars that Mr. Ink keeps us obsessively stocked with extra tissues, they sure came in handy yesterday.

Now, when I last posted about the bathroom, I had just finished grouting the tile. It wanted to cure for 2 days before I applied sealer. The other thing which I don’t believe I posted about was our sink. We have a tiled counter with a set in 1960s blue sink. The grout around the sink was starting to fail, and behind the faucet, someone had caulked it to cover up badly crumbling grout. So, before I grouted the new tile, I removed the caulk and the grout with the anticipation of regrouting the sink. Except, I was so sick while grouting, and I completely forgot to do it.

I maintain that if I wasn’t sick, I’d have been inspecting and noticing sooner that there were two spots on my new tiles that I didn’t manage to completely cover. They are small, but I am one of those people who obsessively inspects her work. But I didn’t notice them until midnight this morning. I was so disappointed! And Mr. Ink said “Why not just fix it right now?” And I realized he was right. I could just quickly mix up a very small amount of grout, fix those two spots, and also quickly do the sink. 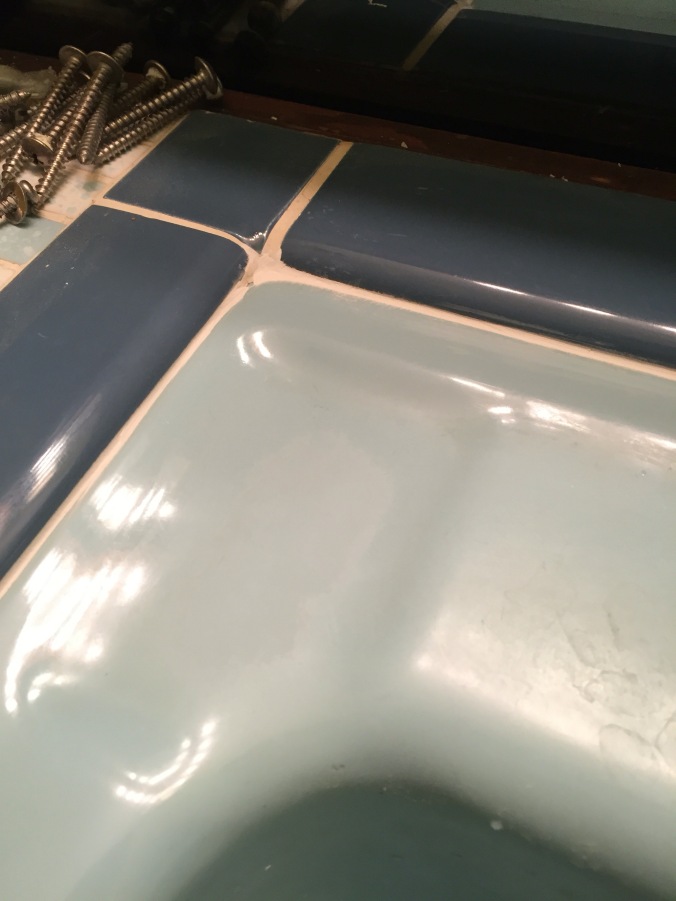 Bam, DONE! And it looks a whole lot better now.

On the agenda today, we are going to be looking for a new light fixture. I took a quick photo of the one that’s currently in there. It’s like, the cheapest of the cheap, like someone slapped something on there for the sale of the home and called it good. 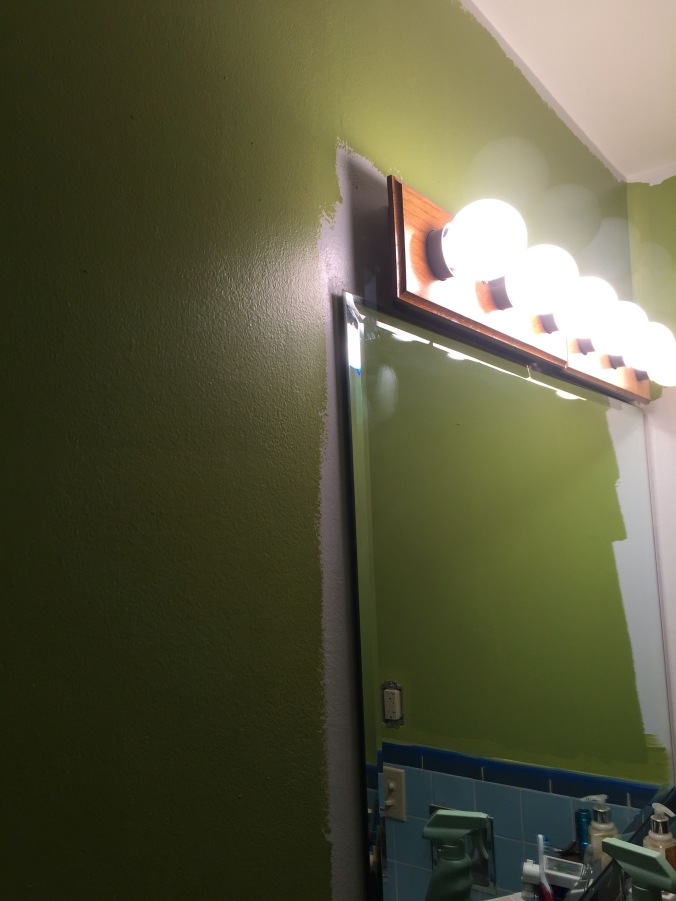 There’s actually two of them up there. They rattle and move and they aren’t even and they IN NO WAY match. I’ve tasked Mr. Ink with finding something new. As, basically, he seems to be invested in that, and I don’t care, I just want something that looks nicer than what we have. (He’s got great taste, and similar to mine, so whatever he chooses will be just fine.)

And then we also have to finish painting!!!

Yesterday, for the majority of the day, it was impossible to do anything. No knitting, no spinning, no cleaning, no renovations. (These are basically all my indoor hobbies.) And then somewhere later in the evening, I started to feel a bit better. Knitting took too much brain power, and spinning on my wheel asked me to be more upright than I could manage. So, I got out my support spindles. And a bump of fiber I have which shares a colorway with something I’ve already spun into a 2 ply laceweight. I figured I could just make another skein of the same. 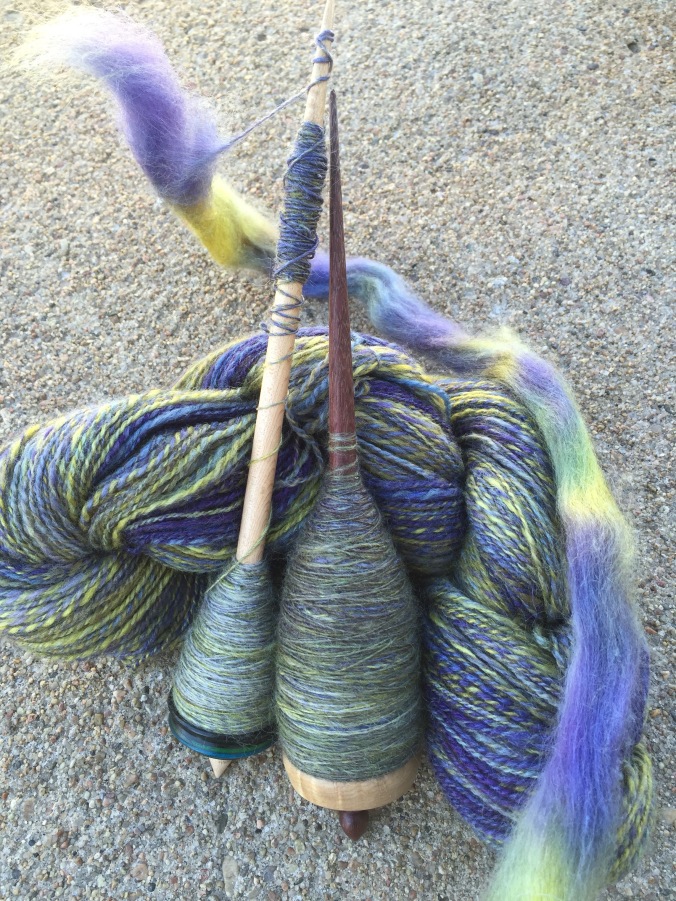 There’s only one problem. My support spindle spinning has gotten so much better in the interim, that the skeins aren’t actually going to match, as the new singles are very even, and the prior singles are not.