As with spinning, my knitting has been taken in very small chunks lately. Thankfully, the current project lends itself well to small chunks of time. The entrelac lace is engaging, and finishing one block feels very satisfying.

Unfortunately, in the current state of my hands, I can’t actually complete an entire block at once. But, still, I do get small completions on a regular basis.

It’s grown quite a bit since I last took a photograph so I figured today was a good day for that, as I am at the end of a row. 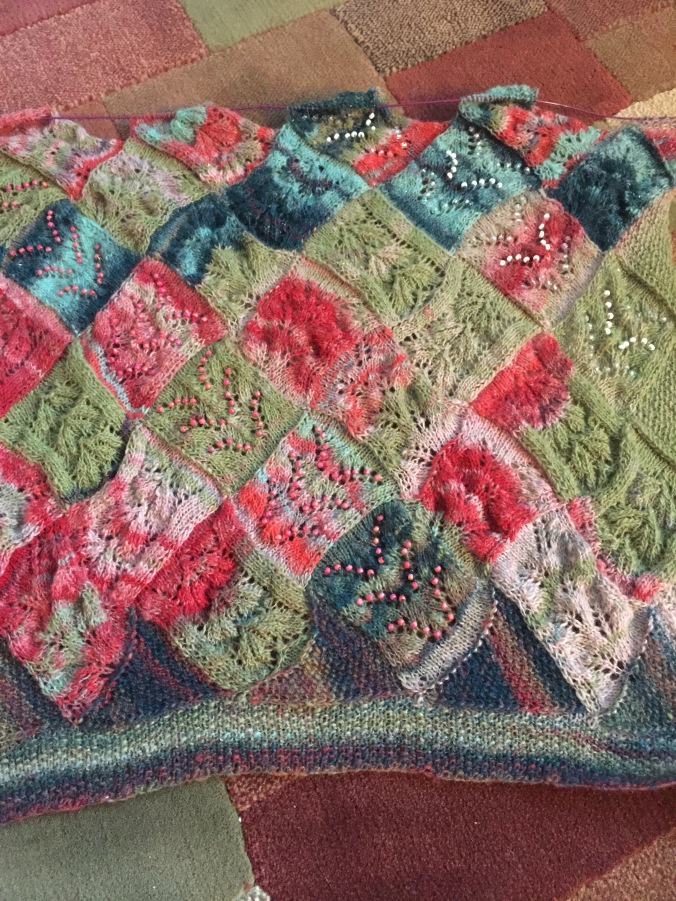 I used a red bead for the first row of lily of the valley patterned blocks, and then realizing I wouldn’t have enough for the entire project, switched to a white/clear bead combo for the second row. I think I’ll get some dark green for the third row.

I’ve always wanted to create a perfectly blocked lace project as a wall hanging, and in the end, this might be it. It matches my living room so perfectly, and all that lovely lace is just likely to get a little lost in scarf form. This is also great since I won’t have to worry too much about length. I’ll knit until it looks like I’ve just enough yarn for the borders, do them, and then I’ll have a completed wall hanging.

I can’t wait to see it blocked out!