We went swimming yesterday as I had promised the girls. I brought a picnic lunch. We had a good time, but were only there from about noon to 3:30. Usually we are there quite a bit later. After we ate, early, the girls decided they were quite tired and wanted to go home. Having had plenty of sun myself, I agreed. As it turns out? Both girls were sneezing, blowing their noses, and had sore throats. Who knows if it’s allergies or the beginning of a cold, but once I saw that I realized why they felt so tired.

Since we returned early though, I was able to finish the singles on my spinning project. 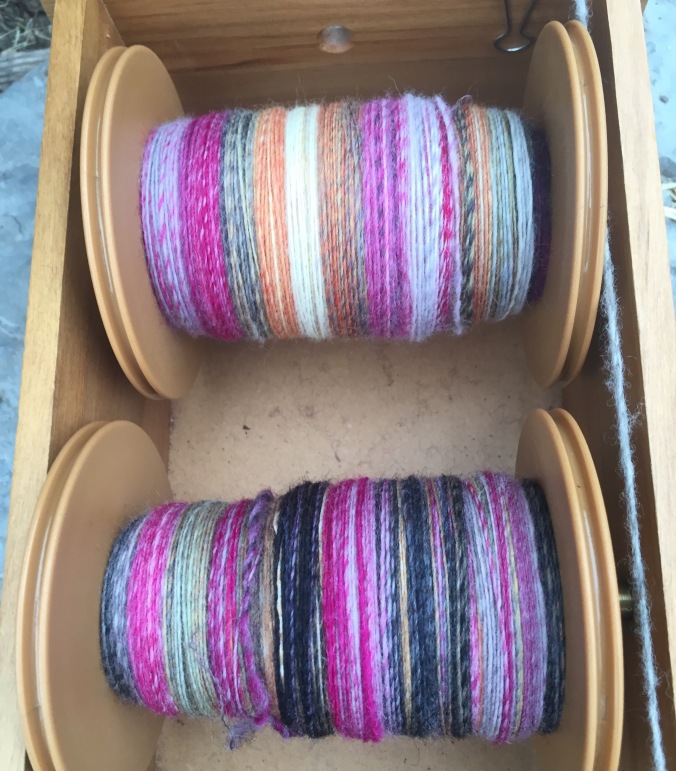 So, I got down to the business of plying this morning. I am not far, as we’ve got mowing and walk taking and so on to do. But, it’s a good start and I hope to finish up today or tomorrow. 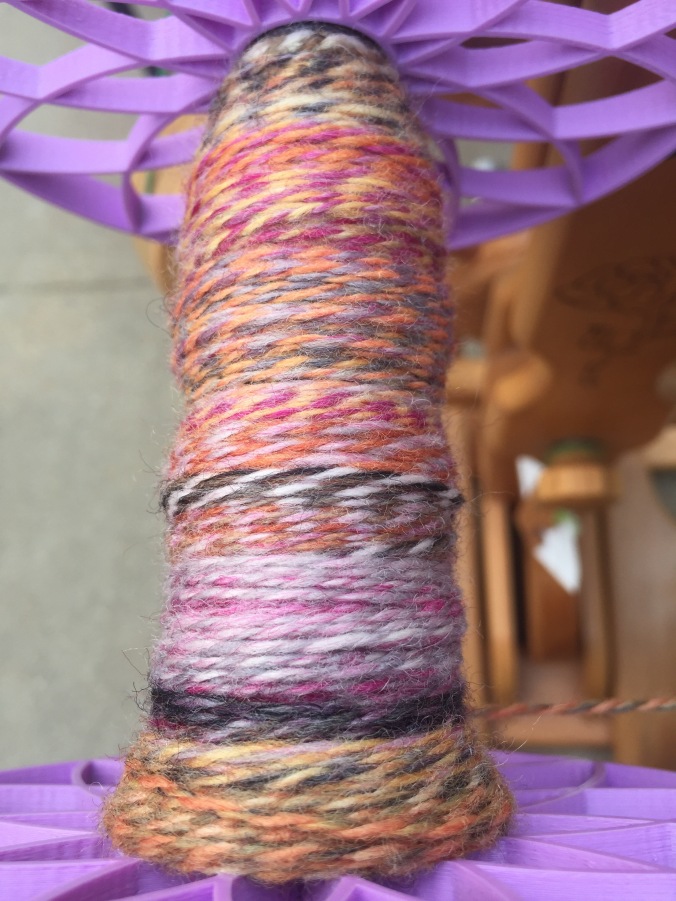 This combo is turning out quite a bit lighter than I expected! It’s very pretty and I look forward to having a color that’s kind of unusual for me in my stash.

Tonight we are taking Lizzie to the local botanical gardens as it’s the one night a month that dogs can be there. It’ll be interesting, as she’s pretty distracted by other dogs, but we love our botanical gardens so I am really looking forward to it.

In a quick what’s new with Lizzie update, she’s begun to be able to catch her toys midair during a game of fetch, if she can catch up with the toy as it’s being thrown. That’s really quite amazing, her aussie shepherd tendencies continue to improve and shine a bit brighter the more energy and stamina she gets. And that REALLY puts to rest the idea that her weird eye interferes with her eyesight. Though she does still knock into walls or the dishwasher or the screen from time to time. I think this is more her oafishness, so full of energy it can barely be contained so she expends it without looking and suddenly she’s running into things.

I am leaving it there for now. This week involves quite a lot of social events in the evenings as well as workplace drama and extra mental energy needed for that. So, I think this will stay a simpler week.

Happy Labor Day, I hope you are having a day of rest if it’s a day off for you!

One thought on “This Week September 4-10”