It’s been an odd kind of week. Mr. Ink ended up not going in to work on Monday, but it rained all day preventing anything productive happening in the yard. I admit though that I didn’t mind having a fairly quiet day. I spent some time with a girlfriend I rarely get to see these days, and Mr. Ink puttered around the house getting a few things done indoors that had gotten shoved low on his priority list.

He did have to work on Tuesday, and that was basically an all day situation despite the fact he’s on vacation. We went and picked up a lovely japanese maple early in the day, but after that he worked. I puttered, and got my hair cut, and fixed the tire on one of my bikes, and went out and bought a new collar for Lizzie who has lost enough weight that the old one is too big.

We then went for a bike ride with a bunch of friends. That turned out in an interesting manner. We’d headed out of the city to a small town where one of our bike group lives on a lake. We planned a nice 20 mile route, and then to end at our host’s home with a fire in his fire pit, overlooking the lake. We got about halfway through our ride, encountered some construction that should have been fine, except that a construction worker truck decided he had time to do a uturn right in front of the bike group. He did not. He caused an accident, our host ended up on the ground with a broken rib after a nasty fall. So, local fire department and EMT’s were called out to take him off in the ambulance and we cut our ride short.

I have to say though that the response times of the local all volunteer department were fantastic. Small town EMT’s and firefighters don’t get near enough credit, in my opinion! We take them for granted until we need them. They dropped everything and took great care of our group, even getting our host’s bike back to his home for him. I do hope that the construction company is held accountable in some way for the accident their employee caused, it would have been nothing for him to wait the few more seconds for our group to go by before he did a uturn. And, as a construction worker, he’s gotta be well aware of how dangerous it is when you are on a road and exposed.

Today is a slow day, we had dentist appointments this morning. Miss Butterfly has her first cavities (that she’ll remember) but the dentist stressed that these aren’t ones that she could have prevented, her oral hygiene is just fine. And they are surface and easily fixed. She’s had so much work on her teeth lately with the braces and so on that she’s sort of shrugging it off in general. What’s one more thing at this point?

I can hear Mr. Ink outdoors digging, so he must have started on a project. The other night he was sifting dirt, and Miss Butterfly and her best friend went out to help him. This prevented them from shrieking in the house, which has become rather commonplace, and apparently it was pretty helpful to Mr. Ink as well. 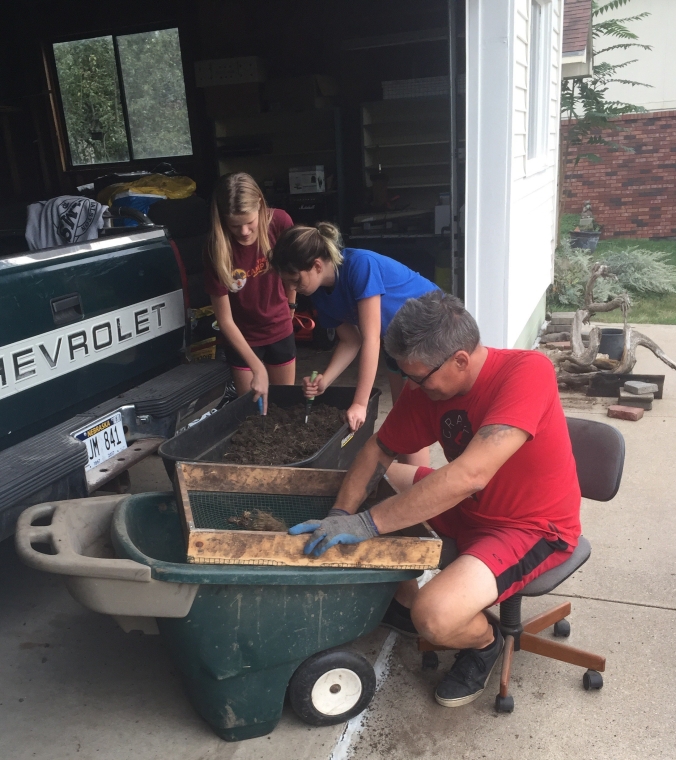 I did start a new project. Remember this yarn I spun early in the summer? 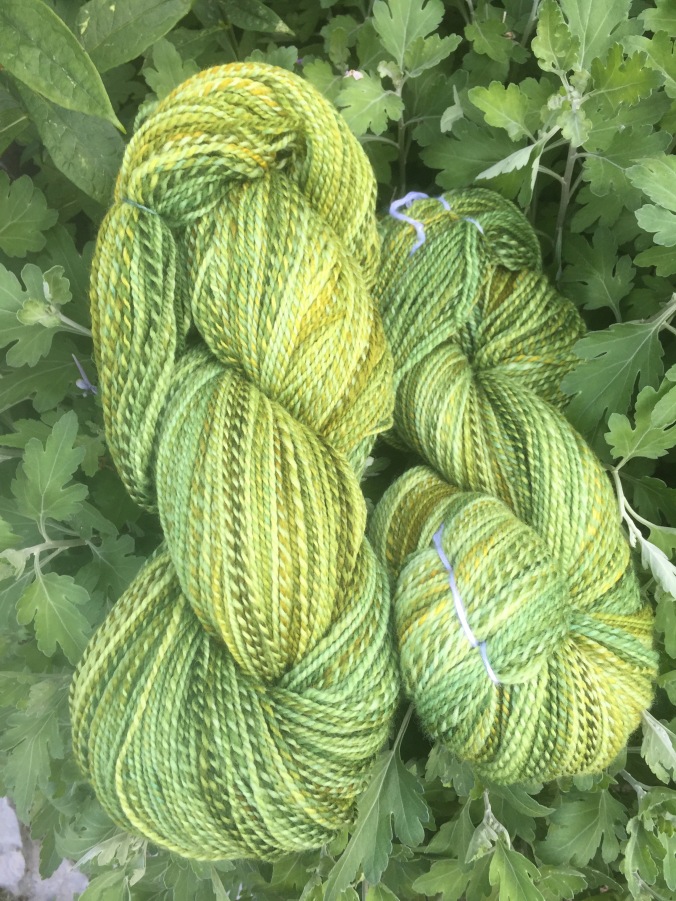 First I cast it on as the falling waters stole. After knitting a few rows, I decided I would prefer that particular stole as a scarf, and ripped it out. Then, I decided to knit a vest. I chose the Galiano vest, which I saw knit by Salpal1 recently. Looks great in handspun, and I should have plenty of it. I admit I winged it though, I haven’t even checked gauge which really could bite me in the butt.

I am sure you’d like to see it though, right? 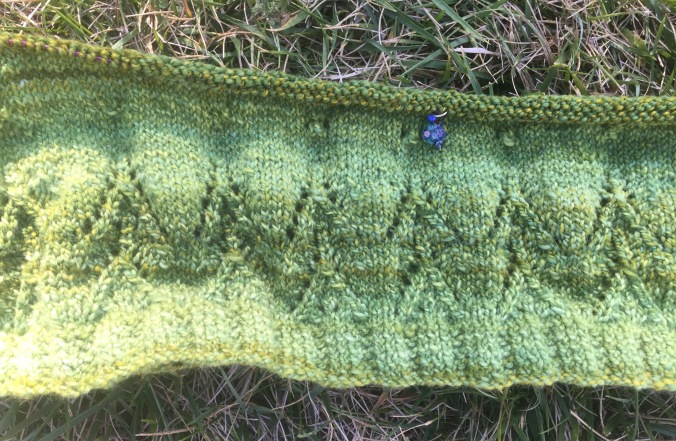 Here’s the thing. When it’s so long in between garment knits, I tend to forget just how LONG it takes, especially when knitting the back and the fronts at the same time.  But, it’s also great vacation knitting, there’s nothing complicated about this one, I can knit a row, put it down, get some chores done, pick it up, knit a row, and so on.

That’s about it from here. I just heard from work and got some good news, the person I have been interviewing and very much want hired has gone through further interview processes and has passed with flying colors, and they’ll be making her an offer. She’ll fit in beautifully with our office culture I suspect, and I am eager to get her started and get her trained. And quite frankly, with another round of grants coming up, this is perfect timing. Best yet? She was eager, at her previous position, to do more with grants, which means that this is something she wants to learn. As I am sure you know, teaching someone something they want to learn is a heck of a lot easier than teaching someone they have to learn. I told boss to please call me once she had a response from this hopefully new coworker, as that will put my mind at ease greatly.

Have a good one! I’ve got one more full day of vacation left and you know what my calendar says? It is blank. TOTALLY BLANK!!!