But still pretty good! It was a pleasant evening in our area. A bit windy as it often is, but it was capris and tshirts weather. I took a quick 10 minute nap after work. Miss Marja was unable to come over, so once Mr. Ink arrived home he made us a snack, then he went out to run errands and I brought Lizzie and the Prelude out to the deck with a glass of wine. 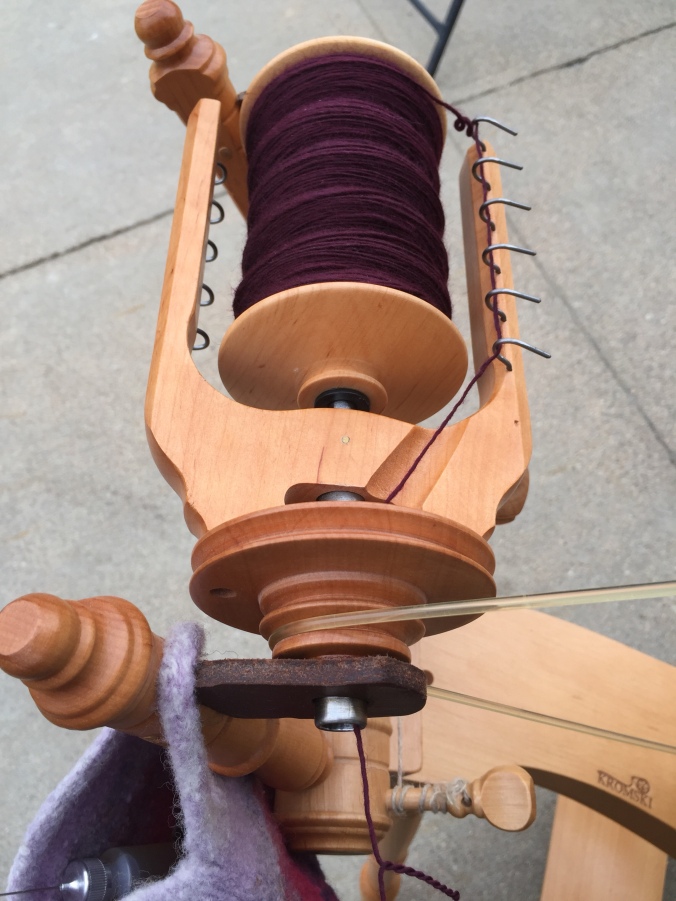 I got a bit of spinning done, which was lovely. And Lizzie did some relaxing on the lawn. 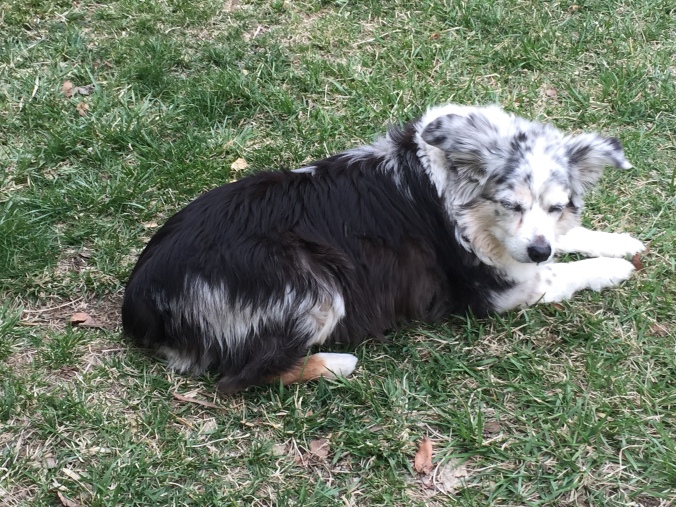 That is until she started hearing the neighbor’s son doing some yard work. Once she began to hear him, she kept wanting to investigate. So I’d have to call her back to me regularly. Then, once he was in view, she sat there grumbling at him, sometimes barking. The funny thing was, he’d wave at her, which I thought was funny. Turns out, she’d been grumbling him at lunchtime too, so Mr. Ink had taken her over to meet him.

Actually, springtime seems to have her a bit out of sorts. I had the sliding glass door open, utilizing the screen to add some fresh air to the house. She was super alert to all the sounds outside, and then displaying some of her more anxious behaviors. A little drooling, and she got out on of Miss Butterflies shoes to lick, which might seem funny but apparently it’s anxiety. Hopefully she’ll adjust to the sounds of spring quickly! And in the meantime we’ll have to work at keeping her busy.

A very happy Friday! We are SO looking forward to the weekend!

3 thoughts on “Not Quite What I Expected”